As the yesterday’s edition of Mladá fronta informs in its in-depth article, American poet Allen Ginsberg was expelled from Czechoslovakia with immediate effect as an undesirable person. If he were enjoying Prague’s tree-lined alleys and the beauty of Charles Bridge, if he were reading his poems on literary evenings, nobody would prevent him from doing so. Our country s known for its hospitality and knows how to be polite to every foreigner it invites. However, it cannot and will not accept that anyone would bring here manners that would have any normal person – excuse us – spit in disgust. Allen Ginsberg has abused the hospitality of our country and has grossly violated the norms of acceptable morals. The documents published by the Sunday edition of Mladá fronta prove that Ginsberg s a sexually devious person. He did not restrain himself at all and in the city that welcomed hm, he went on to participate in homosexual orgies, for which he has been previously expelled from another country.

The effect of his influence, especially on the youth, has already been discussed in the article of Mladá fronta. Among other things, it has presented a letter from parents who were worried about the fate of their adolescent son: “Since this February, when Ginsberg came to our country, our son's rebellious behavior has only been escalating... we feel that the society that our son Is now part of uses art as a pretext for about normal sexual activities , for which it also abuses our son.”Medical specialist from the psychiatric consultation center adds her statement: “The harmful influence of the poet Allen Ginsberg, who suffers from addiction and homosexuality, has been reflected in the paedopsychiatric practice as well. I first heard about his influence on the youth from a patient, who has long been treated for psychiatric disease. However, he would not consider himself to be under the poet’s influence because he had no regard his poetic production...”


The number of those who have been fascinated by Ginsberg, was not small. After the publishing of facts on his moral profile, everyone has an opportunity to correct their uncritical views of him. In the end, every scandal, even the most unpleasant one, has always brought something useful – it brings people back to reality.
-haj- 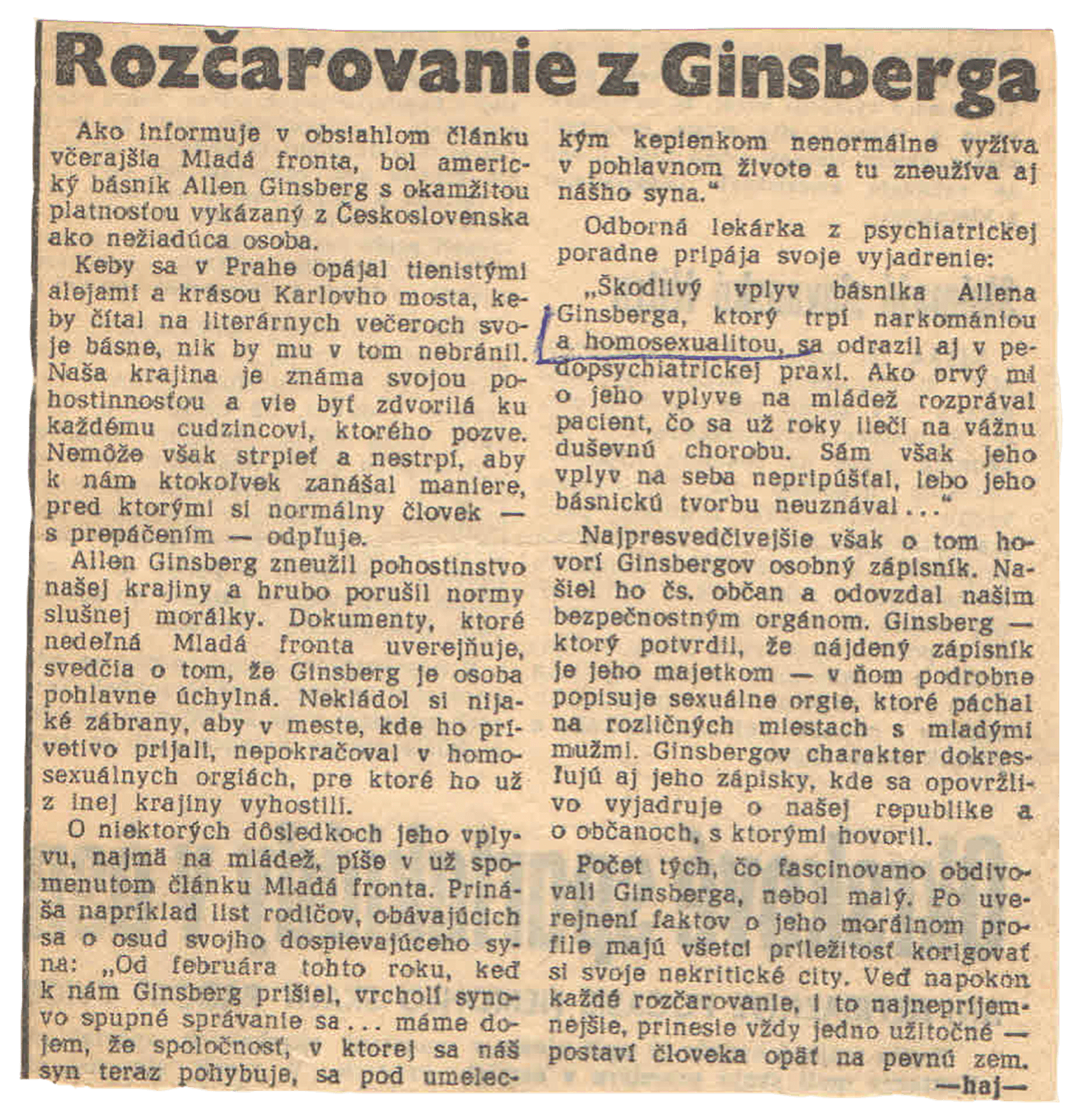 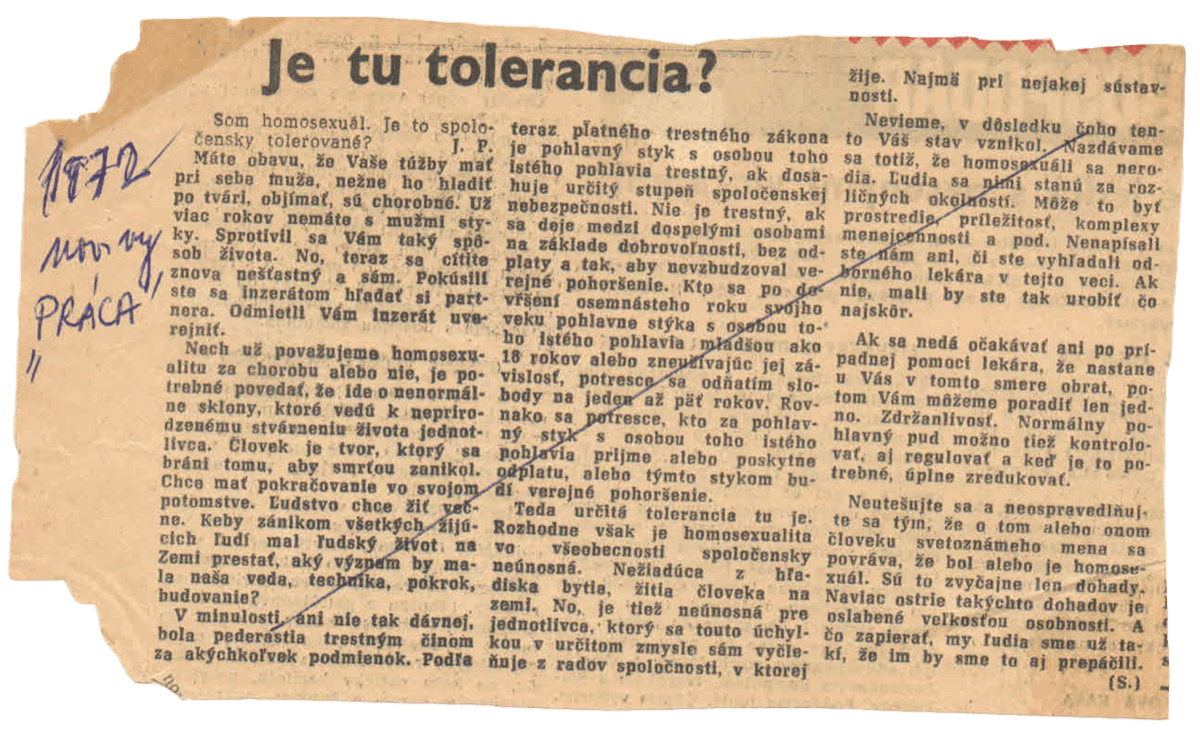 "I am a homosexual. Is it socially tolerated?" ⁠— an article in Práca magazine (1972) 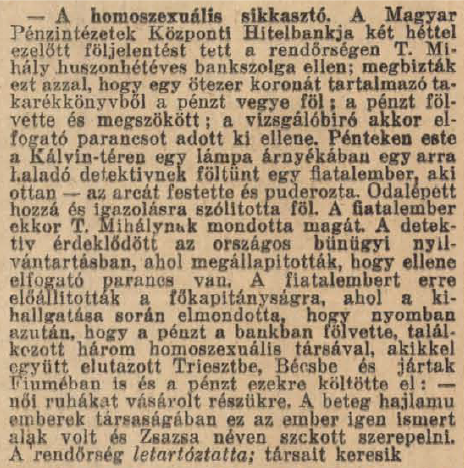 Drama and shaming — the media covers homosexuality between 1912 and 1989 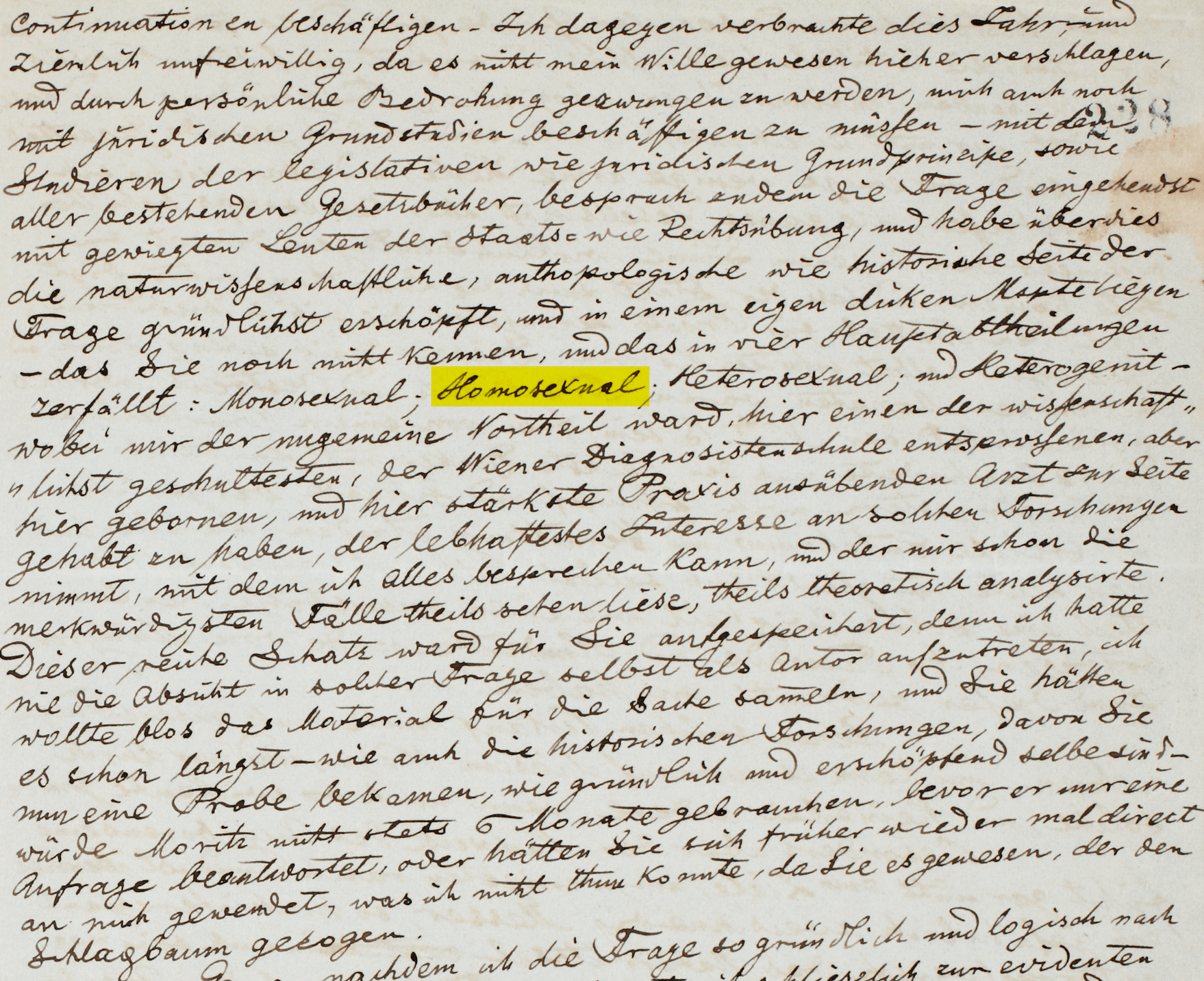